Question & Answer: How do I set a password to protect my Microsoft Excel Workbook?

Second: In the Save As window, click on the drop down arrow next to the Tools button that is near the Save and Cancel buttons as illustrated below. 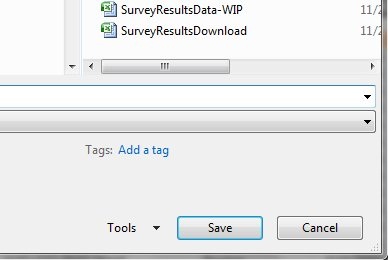 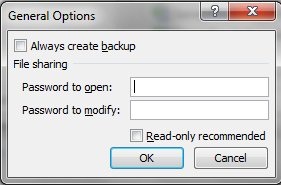 The Microsoft Excel Techniques workshop (see upcoming Webinar on May 11, 2010)