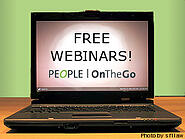 Can you actually rewire your brain? Can you step back instead of react? Yes, says Dr. Alicia R. Maher 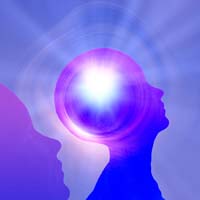 “I prefer strawberry,” the little girl said, as I tried to hand her pomegranate juice. Such a simple statement but I was struck with how easily she knew her preference and expressed it.  It often seemed like I spent thirty years trying to figure out what was acceptable to want, with the end result being that I had no idea what I really wanted.  If I didn’t like what others did, I either tried to force myself to go along with it, convince the others why what I wanted was better or analyze what was wrong with me for having different preferences.

I see this with so many adults.  We are often trying to ‘grin and bear’ a situation because that is what is expected of us.  However, we weren’t designed to repress our feelings.  In fact, emotional repression is experienced within our bodies as stress, causing the release of the stress hormone, cortisol.  When we continually repress our emotions, cortisol remains at high levels causing a decrease in immunity and making us more vulnerable to injury.  It is almost as if the body has this built-in mechanism for causing physical problems to get us to take notice, when we refuse to listen to our emotions.

A large part of our ability to be at peace with situations that bother us is to get in touch with an internal reference point. Whether we choose to focus on what is going on around us or within us determines our relationship with ourselves and with the world.  If we’ve lived our lives trying to figure out what the world wants from us, we become like falling leaves, moving whichever way the wind blows.  How we feel depends on whatever is going on around us. If things seem to be going well in our external world, we feel great. If something isn’t, we don’t.  But what if we could establish a connection to the deepest aspect of our being, the place where we are grounded and content, regardless of people, events and circumstances?  What if we could experience tranquility, despite the inevitable ups and downs of our external environment?  Luckily, we can.

This has been compared to the ocean. If you have ever been scuba diving, you know that despite waves and turbulence on the surface, as you descend into the deeper part of the water, there is stillness.  But how do we dive beneath the choppy surface of what is going on around us, to access that calm deep within?

One way is through mindfulness.  Minfulness is calm awareness of one's body functions, feelings, content of thought, or awareness of being aware.  It is the ability to live in the present moment, without distraction. Mindfulness techniques cause one to pay attention to his or her present emotions, thoughts and body sensations without passing judgment or reacting.  This can involve calmly observing the breath as it goes in and out. Another technique is to engage the senses, taking note of the sounds, smells and sights around them.  As thoughts come through one’s mind, they can be labeled “thought” and allowed to pass on through like clouds in the sky, without judgement or attachment.

Minfulness techniques, such as these, are another way that we can actually rewire the brain.  A study in the journal Psychological Science demonstrated how this occurs.  Researchers put people into a scanner that revealed which part of their brains were active as the researchers showed them photographs.  When the photographs were of angry or fearful stimuli, the instinctual, reactive part of their brains would light up.  The researchers then had these subjects do a mindfulness practice for several weeks.  Whenever the subjects noticed anger or fear, they would label it “This is anger”, “This is fear”.  When the researchers tested them again with the same photographs, they found that a different part of the brain was now lighting up.  Now, angry and fearful photographs were activating the higher order parts of the brain, the part associated with thinking in words about emotional experiences. So, instead of experiencing reactivity upon these stimuli, their brains were now taking a step back from it.  You can imagine the profound advantage of this change.  When stimuli activate this part of the brain, you can choose an effective response, rather than just react.

The Wellness Track special offer: Join now for only $35! 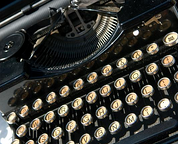